by RETALIATION FOR WHAT THEY HAVE DONE TO US 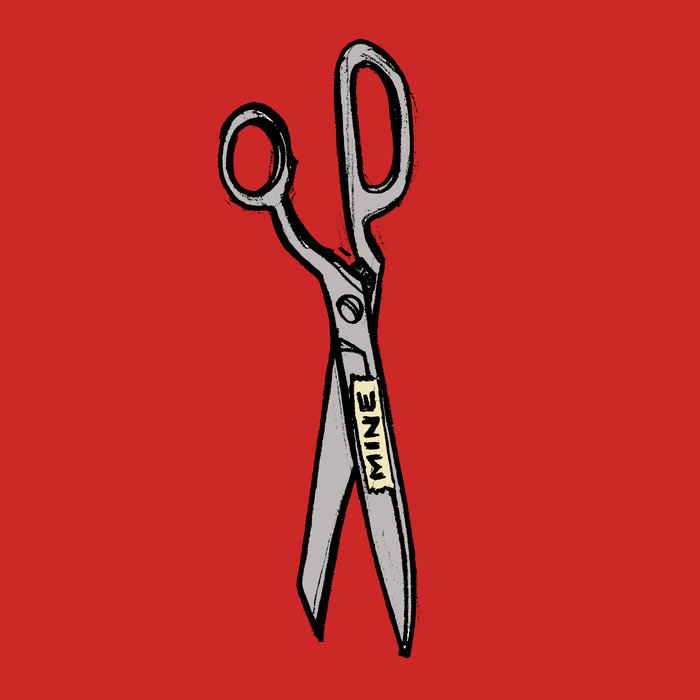 Jeff Haskins This is just a magnificent combination of music and energy. It carries a feeling that every note is urgent. the dynamics are excellent. I accidentally ran across The Retaliation while on a deep dive into Iranian Hip-hop. It just ripped me in half at the waist and beat me in the head with my own ass. People! You NEED to hear this!

This will stir things in you.

The original intent of The Retaliation For What They Have Done To Us was a mostly-improvised, uninterrupted jam session. That is was what we achieved over a 2 1/2 day recording and mixing session.

Upon recording the music, each member felt the jams no longer came together organically; instead playing together became more like a performance of the recorded material. This is why the group only performed 2 additional times after their recording session.

We tried to stay as honest to our process as possible, so we did not plan out what we were going to play, nor did we want to create a session of multiple takes.

In the studio, there were a couple of additional instrument tracks overdubbed from a single take. (When we say a "couple," we mean a couple. Just 2 or 3--Additional lead guitar, tambourine and an organ part or two. One or two rhythm guitar sections may have been doubled as well.)

Because we were recording everything reel to reel on a 2" tape machine without the benefit of digital tools of any kind (like Pro Tools, editing software, etc.), we decided to break up the "jam" into 7 parts, and we had a couple "indicators" worked out to know when we might make a change in one song, or come close to ending another one.

Indications typically came from our drummer who would hit a hi-hat or snare a certain way to signal a change, but this would not necessarily trigger what the change would be. It required a lot of eye contact and listening to others, rather than being focused on one's own 'masturbatory' expression. We had to be more selfish in our contribution to the movements of music as a whole.

This may be common in fancy jazz ensembles, of course, but not so much in garage-rock band recordings, nor in the performances of our contemporaries. We felt quite pleased we were able to pull it off and we credit long rehearsal sessions--basically, daily jams in our warehouse, Space 19, over a couple of weeks). What became paramount is understanding the nature of each of the 4 players, and to contribute the 'right' thing to each moment and to anticipate the tendencies of one another.

Leading up to our recording session (again, where we recorded everything live, with the exceptions listed above) we chose to break up the movements of music into 6, and gave each these names:


If memory serves, each song was recorded in one single take, sans "Trans Add Panic" and "Bipolar Bear." (Losing Ceiling might have needed a second take because we liked the "slow down" part, and we didn't slow it down enough in the first take... frankly, it should have been even slower, and we got it closer to where it should have been during the final Retaliation show a few weeks later.)

The "Bipolar Bear" song (yes, this recording is more of a "song") was later added to the second Rajiv Patel solo album "Of Black Water." This changed its status as 'secret track' (found following a couple minutes of silence after "PMFCTC.") Because it became a main feature of that Patel LP; it has rightfully been removed from this project (or this incarnation), that we now call "Original Intent."

Furthermore, The Retaliation For What They Have Done To Us was certainly a group effort, so Bipolar Bear is(always was) better suited for a Patel solo release.

Ultimately, the album of 6 movements of music has been condensed into a single track. And how the original intent of The Retaliation For What They Have Done To Us has been restored.

The original recordings by Bob Hoag @ Flying Blanket have been untouched.

Additional mastering was required to make the bass a little more audible and the cymbals a little more clean. This was accomplished by David Jerkovich @ Ocotillo.


The cover art is the original image used for the CD face, and it, as well as the rest of the art was designed by Jason Farrell, who is credited not only for the layout and digital design of the album, but the actual sketches.

No lyrics except to say(yell) "Trans" "Add" "Panic"

released July 21, 2021
Due to constraints by Apple Music and other stream providers and distributors, this release may be found under the name "Mine" or "Mine (Original Intent)" or "The Retaliation For What They Have Done To Us" the single.

But we simply refer to it as "Original Intent" by The Retaliation For What They Have Done To Us.
_________

Statute of limitations may prevent us from giving you any further performance credits.