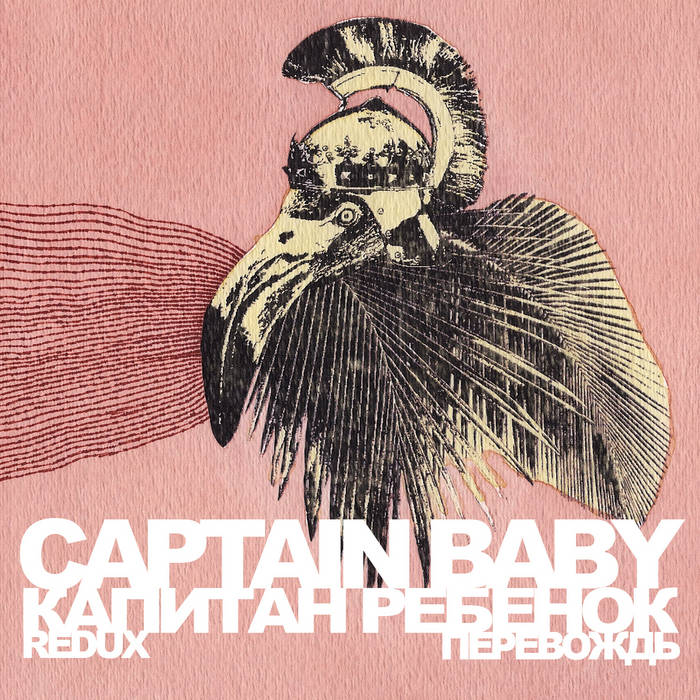 A special project from a memorable group of Captain Baby fanciers.

A free gift for our sunset allies.

Hot Wheels: Originally a Fresno native and now a New Yorker, Hot Wheels' Adam Sobolew is now as distant from his sonic roots as he is from his geographic ones. When he started in music years ago, his sound that tended to be more of the "pop rock" variety. The music Adam now makes include sometimes danceable, sometimes "violent," production heavy tracks. Discover that variety with Hot Wheels' varying reinterpretations of two Captain Baby songs: Far Away and Forest Charm.
soundcloud.com/hotwheelsusa

Dan Konopka: Being one of the four members of OK Go, we all feel as though we know Dan Konopka through the many quirky videos his band has released over the years. But what many of us didn't know is that this percussionist has also been quietly expanding his musical range by experimenting with dance remixes. Next time you decide to dance on a treadmill, you should consider doing it to his remix of Olive in the Ocean.
soundcloud.com/dan-konopka

La Guerre: Following the demise of the popular Midwest outfit Cowboy Indian Bear, Katlyn Conroy has taken on the nom d'artiste "La Guerre" to produce her own solo music. From upbeat and pop to the ethereal and haunting, La Guerre's unique sound can be heard on her several albums or while she's on tour away from her home in Lawrence, Kansas.
facebook.com/laguerremusic
katlynconroy.bandcamp.com

Shunno: Utah-based Shunno was primarily a rapper, having released two-full length records in the past. As his life has taken him in another direction, he has turned more of his focus to production. In his own words, he has evolved "from freestyling, to writing and recording, to producing, to reproducing." His rap roots, however, still bring an edge to his productions that can be heard in his version of Captain Baby's Far Away.
shunno.bandcamp.com

Octajohn: After growing up in a musically-inclined household in Nashville, Brandon Lee Harris is now a NY/LA transplant where he plies his current trade in musical production. His describes his work as ambient cinematic experimental rock. You'll just have to check it out for yourself in his version of Row On.
soundcloud.com/octajohn
facebook.com/octajohn

Grassfight: Grassfight is a band that started in Texas only to eventually take root in Brooklyn, New York. A post-punk outfit that continues to garner attention in the City, Grassfight has already released two EPs that are worth checking out . . . after you've heard their version of Forest Charm.
facebook.com/grassfightmusic
grassfight.bandcamp.com

Reptoid: Reptoid's Jordan Sobolew is an Oakland-based percussionist and producer. Although he's played in a wide variety of rock sub-genres, punk, hardcore, and math-rock, he describes his solo sound as a "one-man noise rock aneurysm." His 8bit remix of Captain Baby's Bury Your Head is a slight departure from that description, but still merits a serious listen.
reptoidx.bandcamp.com
facebook.com/reptoidiscoming
jordansobolew.com

ALLY054
©2015 Sunset Alliance
SUNSETALLIANCE.COM
Stay up to date on the album: www.sunsetalliance.net/captain-baby-redux