Tired of Not Being Away From Here 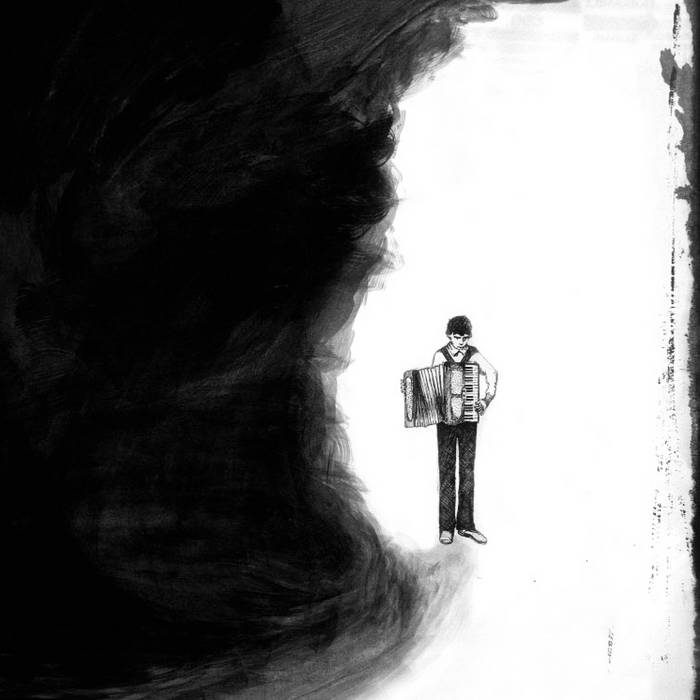 *This album is "Cattle Punching On a Jack Rabbit" plus 5 new songs, released for Europe by You And Whose Army Records, in partnership with Sunset Alliance. (YAWA is now back in full swing, so check em out! Great label, great people!)

**The physical copy is an enhanced CD with 5 videos.

Background:
TIRED OF NOT BEING AWAY FROM HERE is a European Release of "Cattle Punching on a Jack Rabbit" which was a limited press CD/EP in the US. TONBAFH has 5 new songs, a secret track, and 5 videos! In other words, it's ultra deluxe. More info on this release will be provided soon. Chances are, the info will be posted as news at www.beforebraille.com and/or www.yawarecords.com and/or commonwall.com before it is posted here. We love you for reading this and checking up on the band. Talley Ho!


If California's Vagrant lays claim to the finest roster of hook-laden emo-core and D.C.'s Dischord has a stronghold on the cutting edge of angular post-hardcore, it kinda makes sense that the two sounds would meet somewhere in the middle on Arizona's Aezra label, where a band called Before Braille brews its own unique blend of rock for the new millennium. Seething with salt, sweat , honey and asphalt (not unlike seasoned AZ contemporaries Jimmy Eat World), this foursome delivers a positively commanding performance that betrays its relatively recent appearance on the radar. Each track on this sampler of songs from the upcoming full-length is brimming with texture and taste. Like Get Up Kids without the sentimentality or Fugazi with an eye toward the mainstream, Before Braille deftly delivers the best elements of both sonic camps. In one convenient package, you get not only a highly melodic, pop sensibility but also a challenging rhythmic stutter that keeps the whole affair from ever getting stale. -Jason Kundrath, CMJ

• Slick and Savory
author: ADRIAN ZUPP, ROLLING STONE
Emo-ish Arizona act Before Braille come across as a band with smarts on their debut album The Rumor. They've mastered a nice mix of alt-rock flavors -- from the eerie opening track...(which would work well on the soundtrack of a German Expressionist film) to the slick and savory grooves of the single...there is no doubt that this is a talented outfit...ADRIAN ZUPP

• Huge Success
author: Katy Stephan, R & R
I've never been good at math, but here are some numbers that make sense to me even without the use of that pocket calculator that I take with me everywhere: Before Braille's debut release on Aezra Records is a four-song EP, and the first single, "Twenty-Four Minus Eighteen", has charted for three straight weeks at specialty. In fact, it's been top five for two weeks in a row. Those are some hectic figures. But it don't take no genius to realize that their tight hooks and melodic songwriting multiplied by the eager response of specialty radio are going to add up to huge success.

• Do yourself a favor
author: Kyle Thomas, Indie Uprising
Through the deserts of Arizona we just happen to stumble upon the nice little town of Mesa, Arizona where as of late new and refreshing music is taking over and leading the way is the hard-rocking, melodic, undeniably talented 5-piece known as Before Braille. Their latest release is making noise across the states and very good noise I might add. Their latest single is climbing up indie radio and their tour will be coming to find you soon, so if you haven't heard of them do your self a favor and read up.

• A style all their own
author: Jason C. Jones, In Your Ear
There is one band with one style, clearly their own, singing about the things that matter to them; it's one of the best records I've heard in months"

• Infectious
author: Matt Shimmer, Indieville
"As far as energetic math-rock goes, this is about as good as it gets. Before Braille is an Arizona-based four-piece with a penchant for complex arrangements and subtly infectious melodies. Cattle Punching on a Jack Rabbit is a fine taste of the band's style, and at seven tracks, it packs a lot of content for an EP. After a brief, tone-setting instrumental, the endlessly infectious "Proventil" hits with a bang. It takes cues from the Braid and Fugazi schools of indie rock."

• Bloody Brilliant!
author: Mike Gladstone
Before Braille always appealed to me when I would see them live. Very energetic show and imaginative songs. I listened to The Rumor a bit. . . It had the songs, but not the energetic output I felt live. Anyway, I don't know what these guys did, but this record is exactly what I was looking for. It has the songs and the vibe. Very intense without being screamy...rare in the music world right now.

• Best of this genre
author: Flash
Cattle Punching on a Jack Rabbit offers something most bands of this genre don't...originality and intrigue. Most bands who do the emo/post-hardcore thing just do the typical. With before braille you can actually have some intelligence mixed with the "heavy parts" and the "softer parts" don't get all cheesy on you. Anyway, you've got to check this record out because it's clearly the best of it's genre and no doubt on the better rock records of the year.

No Joke by Richard D. Scott...
This has got to be one of the most complete rock records of 2005. Every element of rock'n'roll to satisfy the purist. Every point of interest covered for the indie rock hierarchy. Aware of the current state of the world, both inside and out of of the rock realm and reaching beyond it. I'm floored.