from In Lieu of the Wuhan Flu by Sunset Ally Mixtape 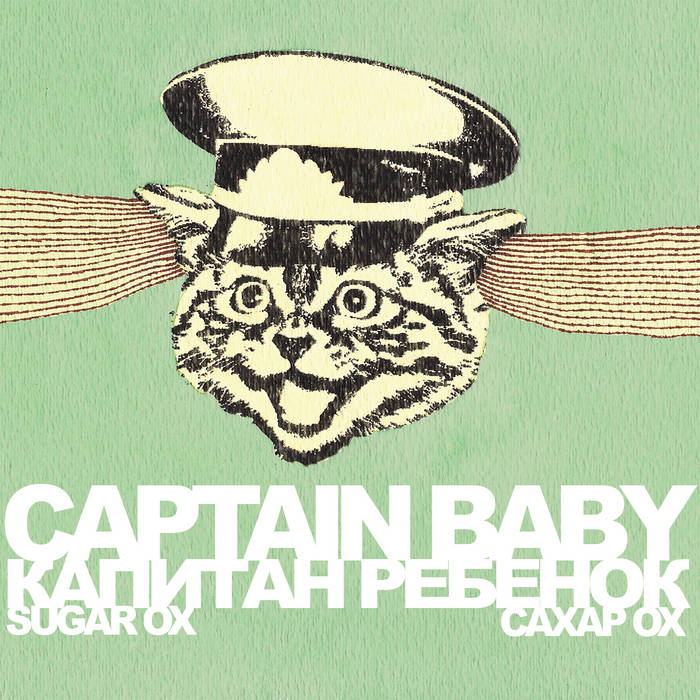 Rogers has said in interviews that he was driven to music by "My parents playing XTC all day everyday my entire life" and you can hear traces of Andy Partridge's earlier, jumpier self in songs like "Bury Your Head" and "Olive In the Ocean" but there's also a feeling of unease that permeates even the catchiest of Captain Baby's dance pop. It sometimes feels as if these melodies were arrived at by looking for satanic backmasking on Bollywood pop, liking what was heard and recording it going forward. Both dynamics are amply demonstrated by a brooding song like "Row On," with its slightly nightmarish chorus, "They say row on away from you/ But that's not what my heart says to do." It's as if you're hearing the echoey voices in someone else's head and luckily, they can carry a tune.

This challenging pop is not for everyone, but given time and repeated exposure to "Sugar Ox," it could be. But don't just take my word for it; see if the sweet and heavy sounds implied by the album title don't trample you like hypoglycemic bovine. Watch and listen to this official video for "Olive in the Ocean" where the men of Captain Baby recreate a Benjamin Moore salesman's wet dream.

"Row On" has been added as a bonus track. The first single from Captain Baby's debut album "Sugar Ox," released post-flu.